Albert has been creating art since his college days at New York University (BPA / 1984-1988), where he studied business. During that time, he became interested in art after visiting many of the great museums of New York City and seeing many great masterpieces, and soon after began making art in his own personal quest to create a masterpiece worthy of hanging at a major museum. His art has evolved from doodles and pen & ink, to serious wax oil drawings, to the cubist mosaic cereal box collages (Cerealism) he has become known for.  In the past two decades he has been creating large-scale “Epic” collage works using the cardboard packaging of iconic consumer brands on various themes including: History, Literature, Famous Quotes, Biblical & Religious themes, Music, Lyrics, Clocks, Botany, Mathematics, Geography, Logo Montages & Color Studies. He is the founder/owner of Sir Real, a brand of fruit juice & natural foods found at specialty markets in the greater NY Metro area including at Schiavoni’s Market right across the street! Since the publishing of his first book, an artist’s autobiography titled, “An Artist’s America” (Henry Holt, 2008), he has developed a traveling Pop art enrichment program & hands-on collage workshop for all age groups called the “Modern Pop Art Experience”, which he has brought to over 1,000 schools, libraries, museums & other arts venues all over the USA & in Europe. This summer starting in July, he will be showing his work at the Romany Kramoris Gallery in Sag Harbor for the first time. The selection of limited edition giclee prints on canvas, rare silkscreens, original collages and self-published offset prints spans 30 years of his art. 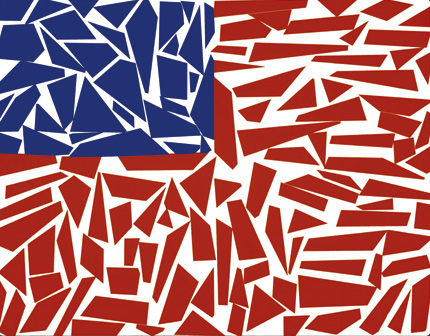 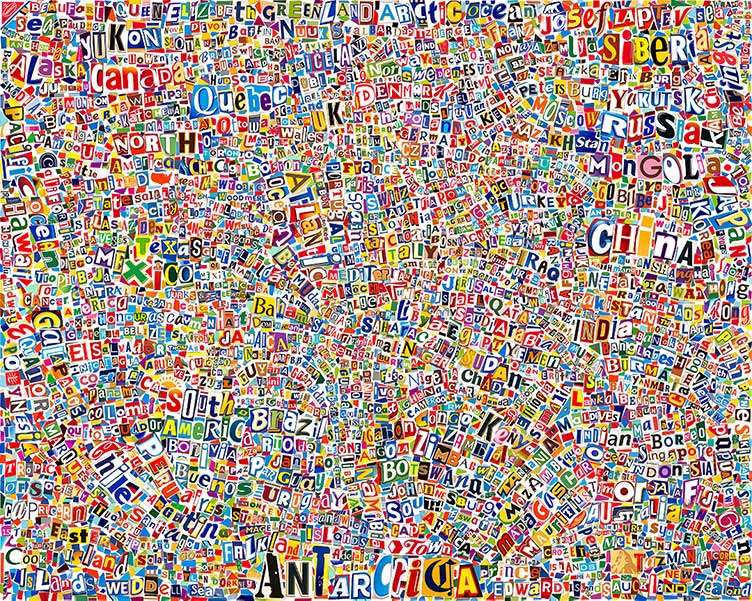 Map of the World