Jude Amsel is a photographer, ceramicist and glass artist who exhibits her work in galleries nationwide. Her work is represented in many collections, which include museums, public spaces, and is in the collections of celebrities in entertainment. Jude was selected by the State of New York to create a memorial sculpture involving photo images of the fallen firefighters of September 11, 2001. The work was unveiled in 2002 to great acclaim and is a permanent exhibit of the New York City Fire Museum.

In 2003 Jude Amsel was presented the Artist of Distinction award. This award is bestowed to the individual artist whose work in the field of the arts has been outstanding and deserving of recognition. Past recipients have included Francis Ford Coppola, James Rosenquist, Al Gray, and Larry Rivers.

The glasses she use are of many varieties, glass with surface textures and light waves of color complimenting her screened images individually made with photo screens then painted on the glass with glass pigments invented in the medieval days used for paintings on medieval stained glass windows, glass with stringers (thin spaghettis of glass), and confetti glass having thin glass chips melted into the surface spread out or slightly overlaying each other. Her technique involves many processes – a clay mold is made of a torso then flat glass is gently balanced over the torso with the stringers, confetti, other inclusions carefully placed on the glass. It is then put into an annealing furnace and fired at approximately 1200 degrees until the flat glass slowly sinks/slumps and melts over the torso. Only when the glass has slumped over the plaster mold completely and has cooled down to 110 degrees can it carefully be taken from the kiln and placed on a table to cool at room temperature. Sometimes the mold has to be gently hammered out of the slumped glass, then comes the tedious cleaning and polishing. Special museum pegs have been designed to float the torsos slightly away from the wall. Kramoris says, “as a glass artist myself for over 40 years, I know that the medium is one of the most difficult to control, and I admire Amsel’s work which I’ve been showing for at least 8 years.” 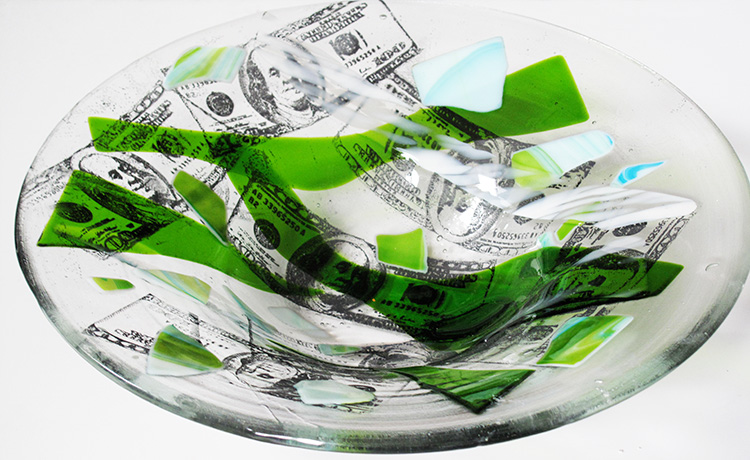 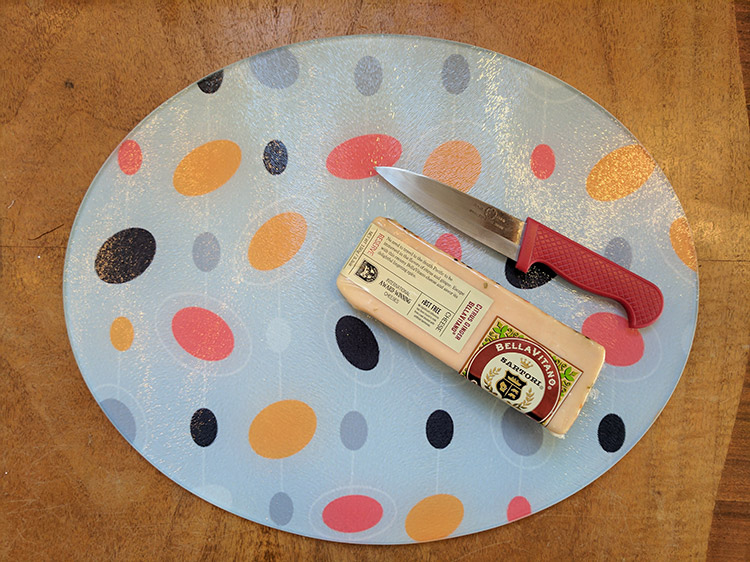