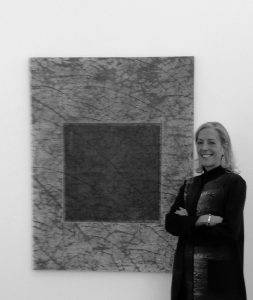 Isabel Pavão, artist, was born in Porto, Portugal. She studied Visual Arts at the School of Fine Arts in Porto. Having received a grant from the Portuguese Ministry of Culture for a research project involving her painting, she moved to Paris, France, in 1986. In 1988 she completed the “Diplôme d’Études Approfondies”–Master of Arts at the University of Saint Denis/Paris VIII and started her Ph.D. there in Arts and Aesthetics. In 1990 she moved to New York City, where she lives and works. In 1994, with the help of a grant from the Luso American and Gulbenkian Foundation, she earned the degree of Doctor of Arts at New York University, incorporating her own practice as an artist into her studies. Since 1984 she has exhibited her work in numerous galleries and museums in Portugal, France, Spain, Belgium, Switzerland, Germany, the United States, Brazil, Ethiopia, China and India. Her artwork is owned by public and private collections in those countries. She often appears as an invited artist as well as a guest professor in universities, art schools and museums. She presents on contemporary art, aesthetics and art projects dealing with her own work. “Impressions Series” represents a recent phase of her paintings, but integrates in it, as usual, intimations of her past work, enduring patterns of inner experience, and conceptual and poetic processes; as a continuous work in progress, it is a reflection on the “act of painting” itself, inspired by marks of memory and nature.

Impressions series represents a phase of my work that I have been working on since 2014 and integrates as usual, intimations of my past work, enduring patterns of inner experience and conceptual processes as a continuous work in progress being a reflection on the “act of painting”.

The main source of inspiration from Nature, referring to my autobiographical sorroundings, the garden, the sea shore and swimming in the sea.

The visual materiality belonging to this series is intimately related in its conceptual process and representations to the physicality of repetition/overlapping marks to conjure patterns of new images digitally reworked and reimpressed from my own paintings, and then painted and drawn again showing an interplay of transition between organic forms, geometric structures and colors.

The naming of Impressions refers to various layers of meanings as well as a working process. There is a display of interpretations of atmospheric/ psychological imprint: I approach the paintings in this series as images/impressions that allude also to moods through their shifting complextions, being marks from Memory and Nature. 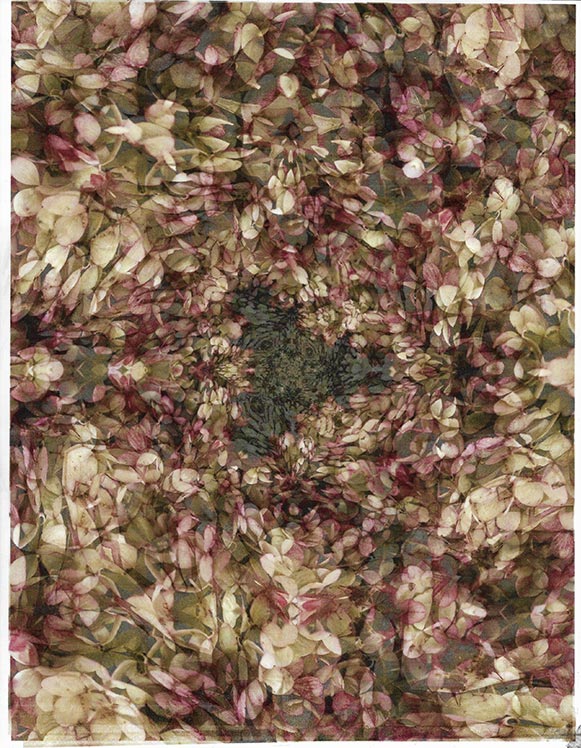 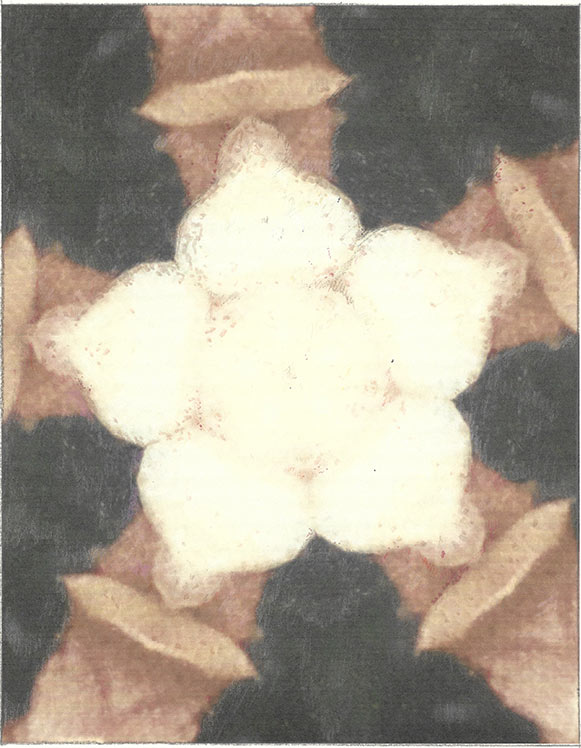 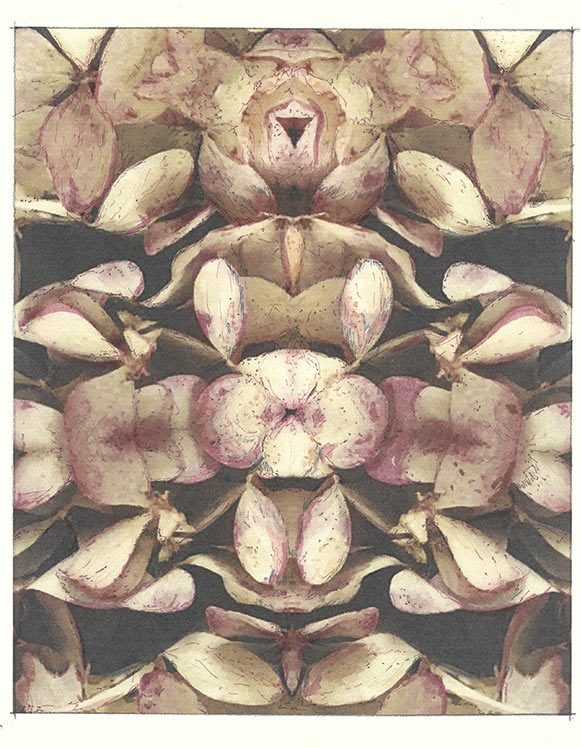 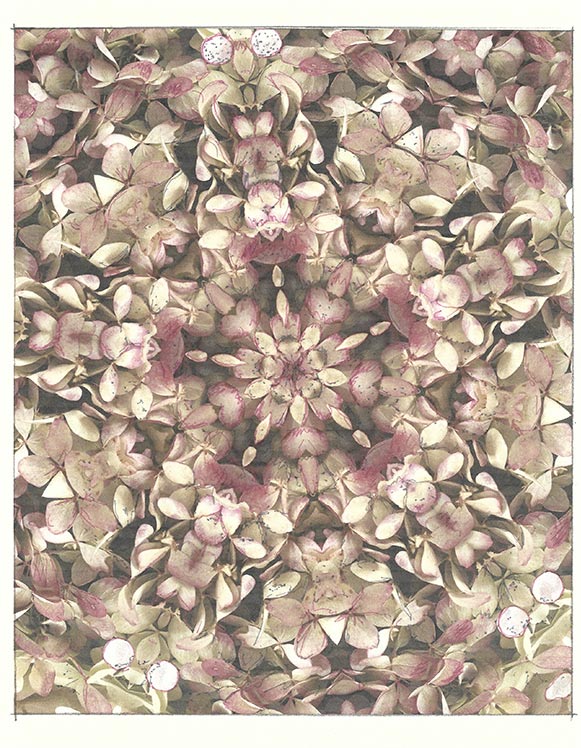 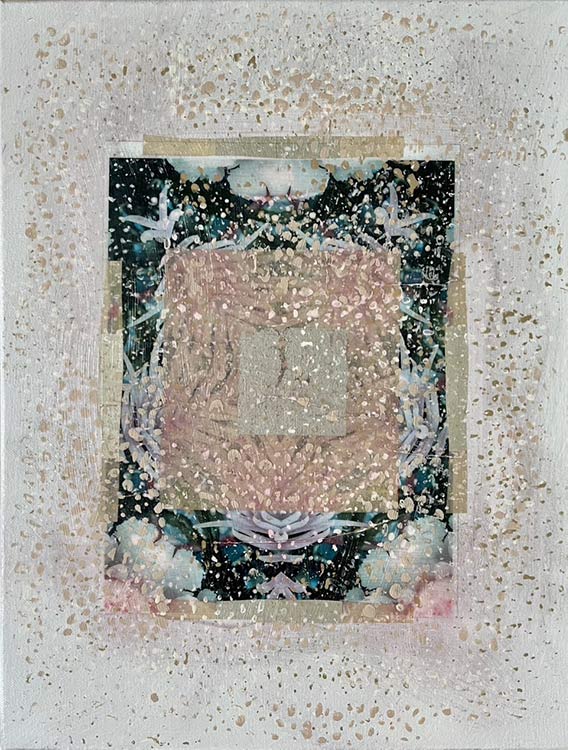 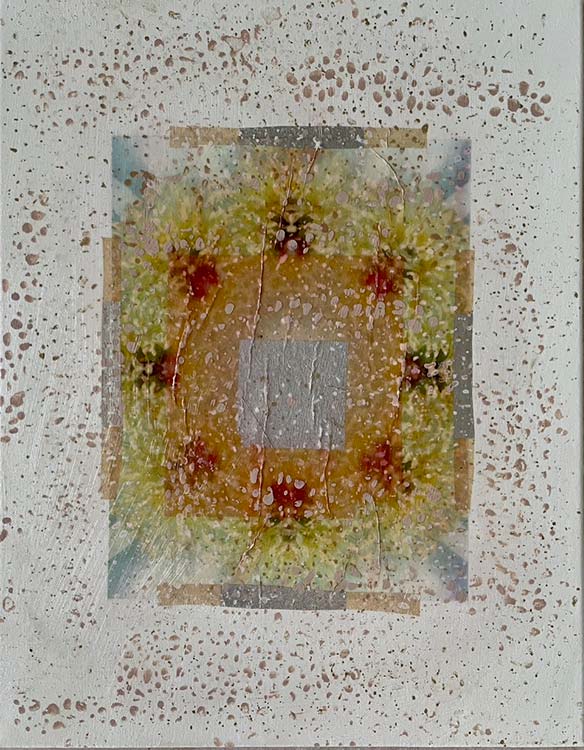