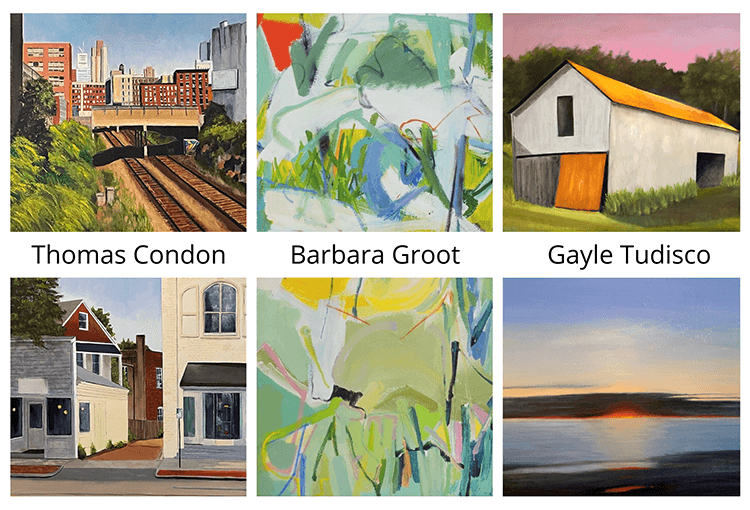 The focus of Thomas Condon’s work reflects the New England town throughout the seasons. There is a sense of alienation, a moodiness. His streets are devoid of human activity. Condon is especially interested in the play of shadow and light in his work.

After having retired from many years in publishing, he divides his time between New York City, East Hampton, and Fort Lauderdale.

Barbara Groot grew up in Southern California with the sun and light illuminating the landscape. Now living and working in East Hampton, she finds the light on the East End equally special and energizing.

“This energy has charged and influenced the work plus my ongoing desire to reinvent the immediacy of the ever changing moments in nature,” says Groot. “The paintings contain active and bold brushwork to pursue the energy felt in our natural world. A strong, personal and inventive layered use of color gives these paintings a fresh, lush and sometimes surprising view into the world around us. The use of linear elements further vitalize the brushwork.”

There is an elegance in her long sweeping line work, reminiscent of musical phrasing. Her brushstrokes appear as if from modern music scoring which channels emotional lightness and spatial freeness, uplifting the viewer. Her boundaries are loose or nonexistent, contributing to a breathless freedom.

Gayle Tudisco is a plein air and photo reference artist who captures the landscapes that are so unique to the East End of Long Island and Florida. Her work includes the many water views, marshes, barns and boathouses dotting the landscapes of these regions.

Gayle works in oils and brings to her work a unique sense of color and composition that allows the viewer to see the story behind the painting.

Gayle has studied at Amagansett Applied Arts and the Golden Eagle and has studied and painted with Michael Viera, Kimberly Munson, Howard Rose and Janet Jennings. She has also studied at the Hudson River Art Workshop in Greenville, New York and at the Burlini Studio of the Arts in Boca Raton, Florida with Chris Burlini.

Reverence for Road Signs and Travelers

The works in Engel’s abstract and figurative series, “Reverence for Road Signs and Travelers,” reference calligraphy, graffiti, marks on walls, tar patches, ripples in water – lines bending into patterns of vibrant colors rushing together in a dazzling display of forms reminiscent of hieroglyphics and simultaneously related to the fabric of life itself. Signs and symbols along the human journey. The faces and figures of “travelers” swirl with numeric symbols, words, and collaged images. We are reminded of moments occurring in the past and continuing their existence in the present, then proceeding on to the future. They ripple, reverberate, and echo their ancient wisdom. 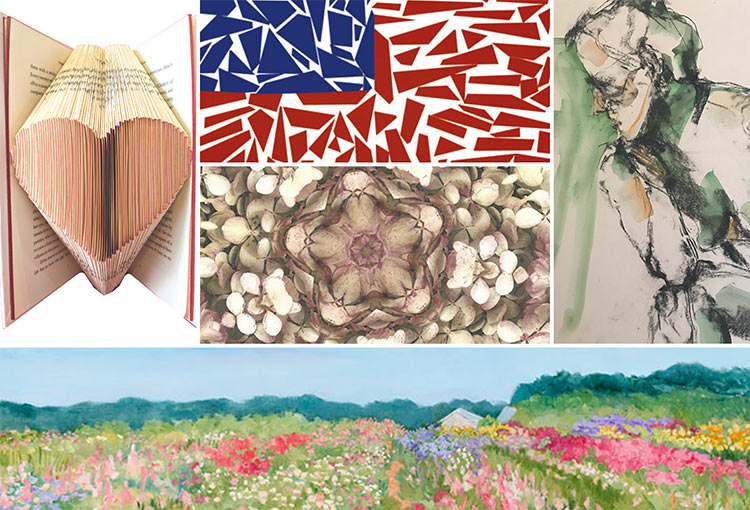 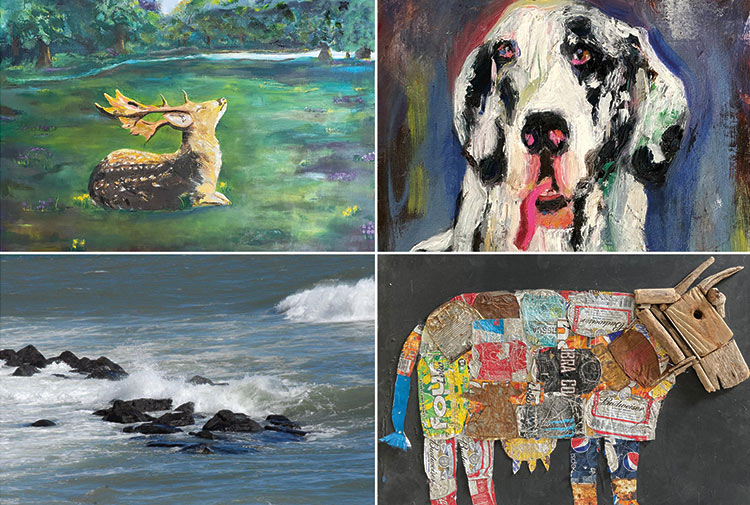 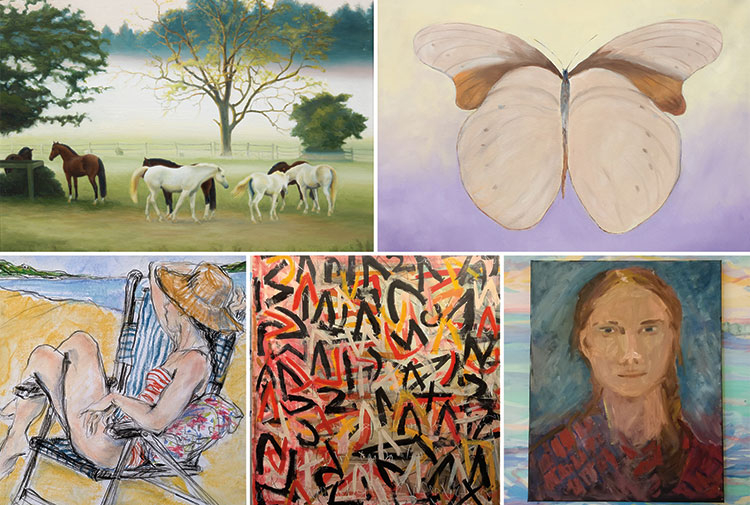 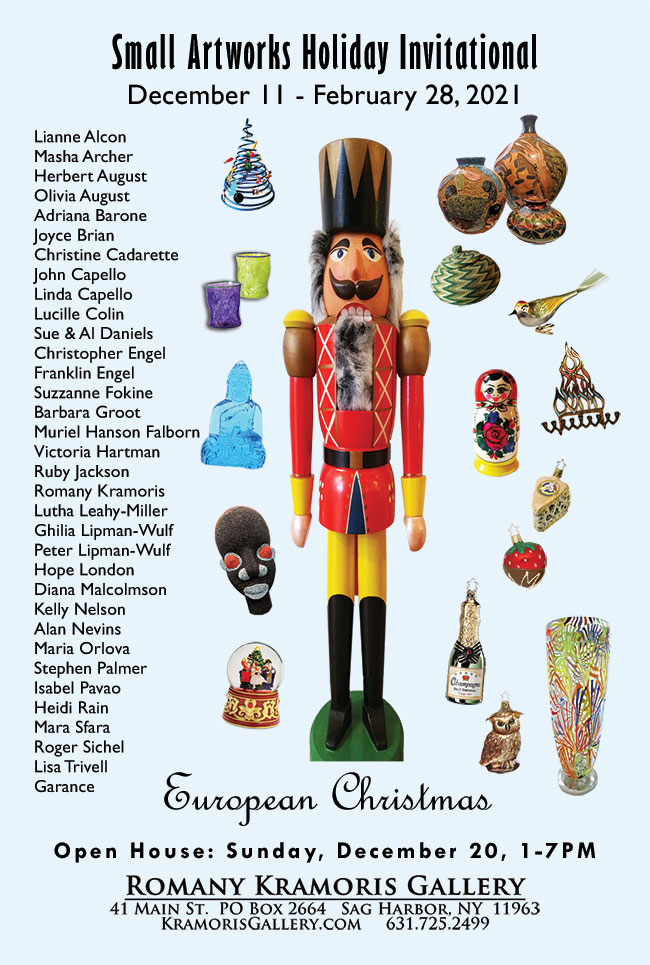