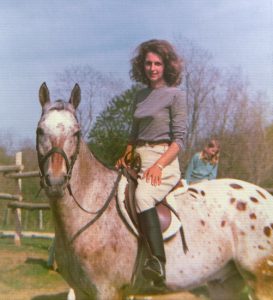 Diana Malcolmson spent her childhood in the heart of the English countryside, in the southern county of Hampshire. She started to ride at the early age of four and was following the hounds when she was six years old.

She started her painting career at London University and came to the United States in 1967. She studied painting at the National Academy in New York and at the Art Students League. She received her B.F.A. and B.S. at the Southampton Campus of Long Island University.

She moved to Shelter Island as a permanent resident in 1971. She bought her daughter a pony and soon found that she was teaching many of the island children to ride. In 1986 she founded the Hampshire Farms Equestrian Center which she ran until 2006.

In 2018 she published a book entitled For the Love of Horses. Her story is a testament to the generosity of the people of Shelter Island who helped her establish a riding center there. Through words, photos, and paintings she weaved a tale of her love for horses and the joy they bring to so many. 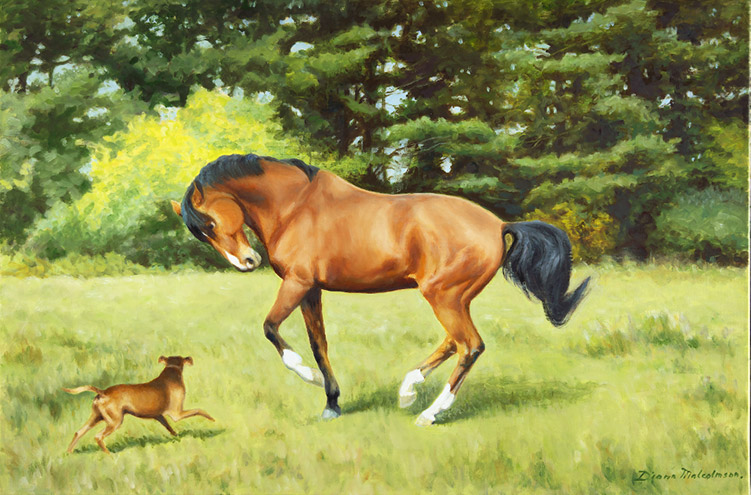 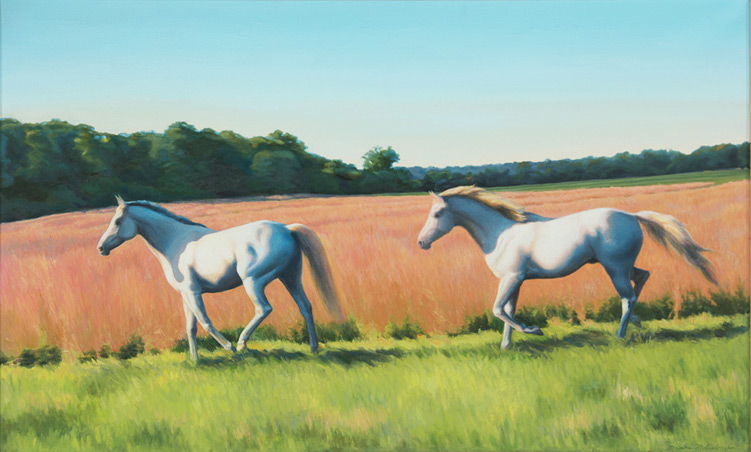 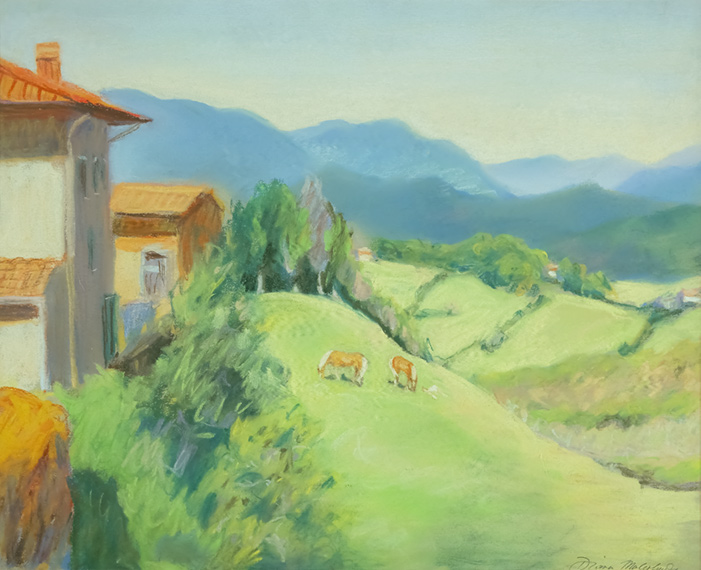 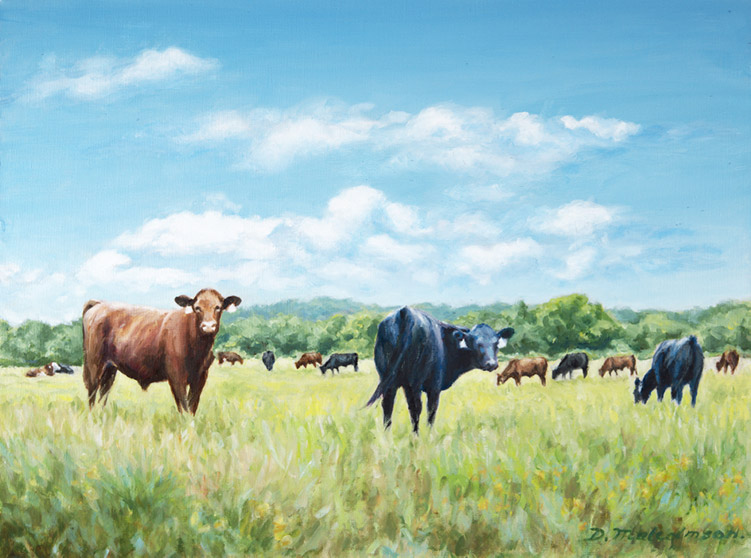 Cattle Grazing in the Field 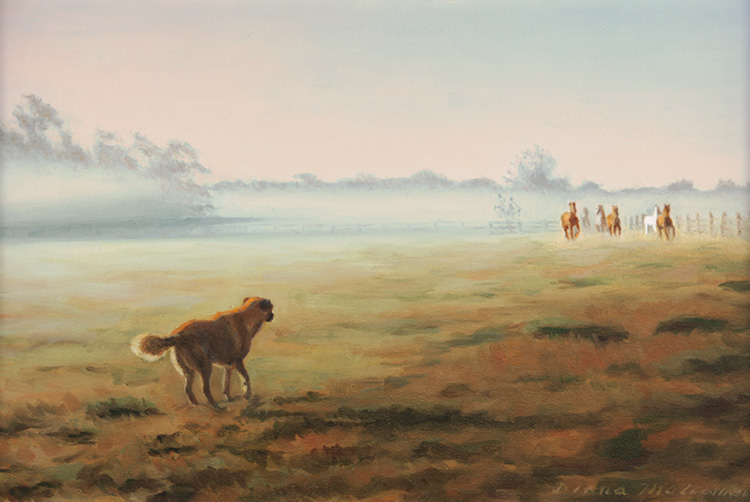 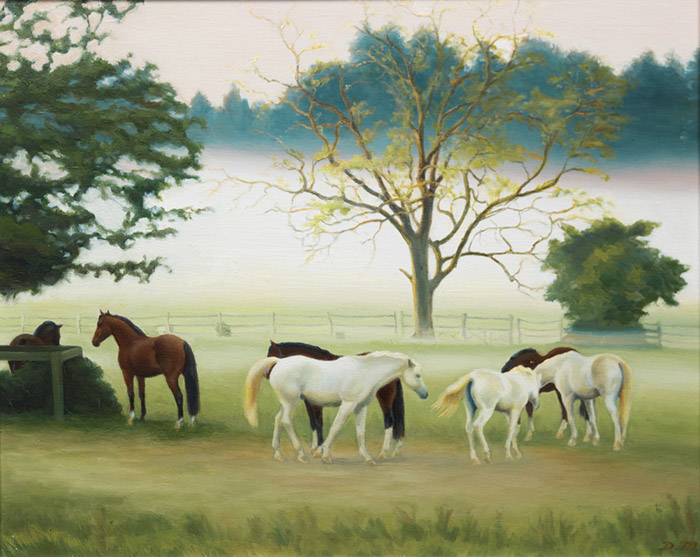